The Prequel for The Rainbow Roads Trilogy is now available! 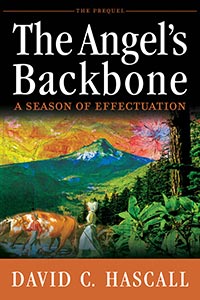 In this prequel to the author’s Rainbow Roads Trilogy, eighteen year old Pioneer, Verin Palmer, (AKA Virgil Stubbs) journeys west with his uncle, to Oregon in 1869. As southerners, their old allegiance to the south must be kept a carefully guarded secret; all of the other travelers in the wagon train are Yankees. In the shadow of Mount Hood, the Stubbs party arrives too late in The Dalles, Oregon for safe passage down the Columbia river.

To complete the final one-hundred miles of the Oregon Trail requires a difficult choice. Rafting through the raging rapids could spell disaster, and traveling over the treacherous Barlow road through the Cascade Mountains around Mount Hood, is known to be the most difficult portion of the two-thousand mile Oregon Trail.

Angry members of the party blame Verin’s uncle who is also the wagon master for their late arrival. Virgil is reluctant to flee with his uncle as it means leaving Claire, the woman he loves. Although she is older and prefers to marry an older man, he holds out hope they can still they be together.

An empty leather holster Verin found along the trail, once held flowers for Claire; now it holds a Schofield revolver for his protection. With no clear pathway to success, both Verin and Claire must both make a difficult choice. 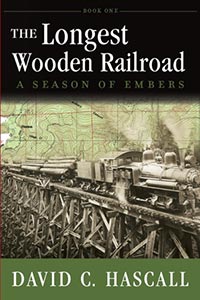 An eighteen mile railroad short cut through the Oregon Coast Range promises to bring new life to the lumber town of Horton, Oregon. However, someone will stop at nothing to keep the line from being finished. When Grade Master Hiram Jack of the A, J C & H Railroad suddenly dissappears, completion of the final half-mile of track and the trestle bridge across High Pass Crevice appears doomed. Hiram's wife Polly, will stop at nothing to find him.

Despite growing mistrust of the railroad company, the people of Horton are determined to finish their railroad built of wooden rails. With money running out the controversial project moves forward prompted by the discovery of Gold at High Pass.

As a frantic race to finish begins, Mother Nature adds a few surprises to futher plague completion of the railroad. The new locomotive named the "Gentry" must show it can overcome snow and fire and pull a full load over the steepest section of grade.

Amidst the growing economic uncertanity of 1929, a railroad built on wooden rails holds the promise of wealth for a whole community. The completion of the last half-mile of track will change them all.

Tahoe of the North

The journey along the Rainbow Road continues for the Jack family of Horton, Oregon. The path becomes a gauntlet of survival for Tara Jack. Tahoe of the North is her story, the eldest daughter of Hiram and Polly. Growing up among the last surviving pioneers who crossed the prairie in covered wagons, Tara is the daughter who grew up trying to be the rough and tumble son her father always wanted. Now, living in Eugene, her life is about to change. Dressed as a man, she begins a search for her own Oregon Trail.

Driven by a vivid dream of warning, Tara finds isolation and safety on a mountaintop in the Cascade Range. Hired as the first woman fireguard on Waldo Mountain, she begins a journey of self-discovery inside the fourteen by fourteen foot confines of the glass-shrouded lookout tower. Amidst spring wildflowers and overlooking on of the most beautiful lakes in the world, Waldo Lake, Tara finds more than she bargained for.

Even in one of the most remote places in the state, she discovers three men want her: Two try to capture her heart and one will stop at nothing to kill her. A hero's journey begins amidst forces of nature, strong men, and a cause: protecting the headwaters of the Willamette River that flows from Waldo Lake. Tara's life takes an unexpected turn when her hiding place is discovered and she must once again flee for her life.

The Color of Shadows 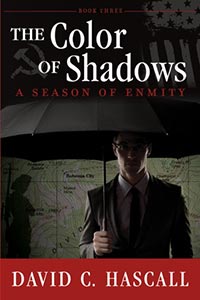 By 1949 World War II had been over for four years but a new war had taken its place, the Cold war. Newly appointed police Inspector Grayson Palmer must solve three murders near abandoned military bases in Oregon. He discovers their identity is a closely guarded secret. A killer known only as the Painter declares Eugene, Oregon a "theater of war," and seeks to expose the dead mens' secret while administering his unique form of justice.

Is it a veteran still fighting World War II or a former prisoner of war from one of the west coast camps? Could the killer be a communist spy? Inspector Palmer becomes mired in deception at the hands of the home guard known only as Nomelian. Who can the Inspector trust? Even his girl friend, Ruby and long time friends Hiram and Polly Jack become suspects in this thrilling conclusion to the Rainbow Roads Trilogy. For friends and lovers, enemies and patriots alike, it becomes The Season of Emnity. 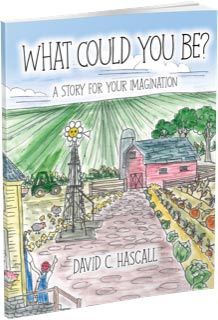